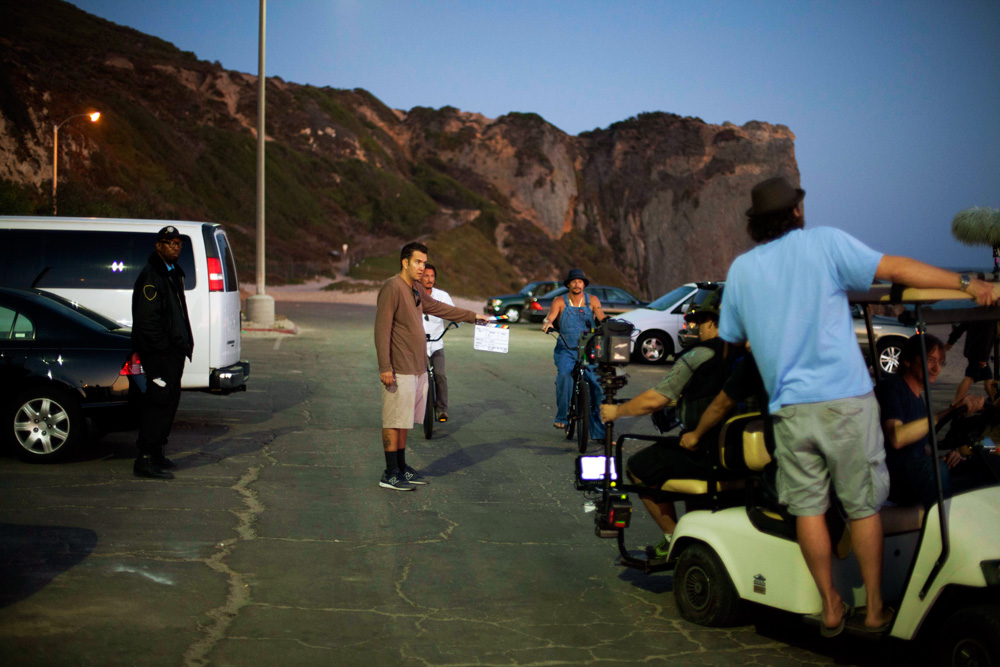 Sweet Bike, Bro
If the cliff in the background looks familiar, it's probably because it's where the Statue of Liberty appeared at the end of The Planet of the Apes. A fitting location for the closing shot of an equally epic film! Sean Penn & Kid Rock were a little wobbly on the bikes at first, but as Director Jameson Stafford & golf cart crew led them down the beach, they ended up having a blast and pulling a few stunts. Stunt crew, from left to right: Chicago Cruz, John Oravec, Sean Penn, Kid Rock, Bill McClelland, Jameson Stafford, Alexander Yurchikov.